Siobhan Fallon: A story excerpt and an interview

An excerpt from Siobhan Fallon’s debut collection, You Know When the Men are Gone: 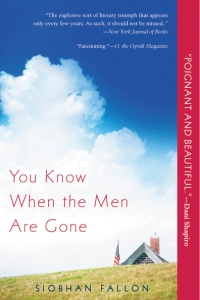 Three a.m. and breaking into the house on Cheyenne Trail was even easier than Chief Warrant Officer Nick Cash thought it would be. There were no sounds from above, no lights throwing shadows, no floorboards whining, no water running or the snicker of late-night TV laugh tracks. The basement window, his point of entry, was open. The screws were rusted, but Nick had come prepared with his Gerber knife and WD-40; got the screws and the window out in five minutes flat. He stretched onto his stomach in the dew-wet grass and inched his legs through the opening, then pushed his torso backward until his toes grazed the cardboard boxes in the basement below, full of old shoes and college textbooks, which held his weight. He had planned this mission the way the army would expect him to, the way only a soldier or a hunter or a neurotic could, considering every detail that ordinary people didn’t even think about. He mapped out the route, calculating the minutes it would take for each task, considering the placement of streetlamps, the kind of vegetation in front, and how to avoid walking past houses with dogs. He figured out whether the moon would be new or full and what time the sprinkler system went off. He staged this as carefully as any other surveillance mission he had created and briefed to soldiers before.

Except this time the target was his own home.

For more, please visit Siobhan’s website at http://www.siobhanfallon.com. In the meantime, here’s a short interview with Siobhan which reveals a few secrets about what makes her tick…

Siobhan, what inspired you to become a writer?

I come from a family of bartenders. My dad owns an Irish pub (he was born in Leitrim) in my hometown of Highland Falls, New York, and my brother, sister and I (as well as my mother, who worked literally until the day I was born) have all spent long shifts there. There were plenty of afternoons in our house when we would pour each other hot cups of tea and share whatever wild happenings unfolded at the bar the night before.

There are the mundane moments to bartending—handing people their pints as they watch baseball games, refilling the toilet paper rolls in the ladies room, washing glasses until your knuckles ache from the hot water. But there are a lot of transformations as well, from the shift of a mellow after-work-crowd to the take-it-to-the-face college kids or soldiers, to the fellow in the barstool in front of you slowly changing from sober to intoxicated. People of course have a tendency to reveal secrets, to say and do incredible things when they have been freed by a touch of alcohol. The bartender is the observer, the person who tries to keep things easy, handing out vodka or conversation or music on the jukebox, but she is never truly part of the party, she is outside of it all, aware and ready.

I like to think that bartending helped train me as a writer—teaching me to examine both the small moments and momentous ones, to listen, to take note of the careful or frantic beat of human reactions and emotions.

Writers are intriguing creatures and every one works differently; describe your writing process.

Alleluia to preschool. My daughter, Maeve (yes, named after the “intoxicating” Irish warrior queen), just started half-day preschool. If I ignore paying bills, getting groceries, cleaning the house, answering the phone or Facebook messages, I may eke out about three hours of solid writing time a day.

I make a pot of cardamom coffee or mint tea (fresh mint is a steal here in Jordan), get out my lap top. I usually try to reread the previous day’s work to limber up. If I am editing, I will look over a friend’s critique or at least have it printed out and ready for reference. If I am working on something new I might start with a sketch, just a few lines, and map out a few scenes along the way, such as “Remember what the alarm sounded like when Maeve set off your panic room button—describe that noise, the guards outside the window, the radio-call to the Marines.” One of the images might be so crisp and perfect in my mind that I will have to get it all down and I will start typing dialogue, and that’s the entry point. Then I start to really ‘write’ or create, and before I know it I have a three year old climbing up into my lap asking for a snack.

When you’re working on a new project, at what stage do you start seeking feedback on your work and from whom?

My husband is my first reader. I’ll ask him to take a look at a story when I have most of it down, at least the arc and bones of it all, start to finish. I’ll be at a place where I need someone who isn’t half rabid on these particular characters or plot to tell me, “Whoa, what in the world is happening here?” It helps that my husband happens to be a great reader. I first turned to him out of necessity when I started writing my collection, You Know When the Men Are Gone, a few of
years ago, needing him to check all of the Army/ soldier/deployment lingo, but he amazed me with insights that I thought someone could only learn in an MFA program (for the record, I have an MFA and I am a pretty horrible critical reader). After my husband and I talk things out and I rework it, I send the draft to my literary agent (who does not have an MFA but is a ruthless, rip-the-throat-out kind of reader) and two very good writer friends who do happen to have MFAs.

Sometimes I send the draft to them all at once, sometimes I stagger it out and go down the list, rewriting and sending the next reader a newer draft until it has been rewritten at least four times (not to mention all the times I rewrote it before sending to them). These four perspectives are about all I can handle. Then it goes out to a magazine and, at least until I hear back, that story is finished and I start on the next.

What do you think a good book should deliver?

It should haunt you. You close the book and can’t stop thinking about the words and characters, and then you keep opening it up again, rereading lines or descriptions, still having little explosions of awareness (aha, so that’s why that happened!). I have a tendency toward insomnia and sometimes I get my best thinking (and writing) done while tossing and turning in bed. I will often think of a story I have read, or maybe a story I am working on, and worry away at its intricate paths, trying to follow it into sleep even it if leads to unsettling dreams.

Siobhan Fallon will be reading on Friday, 16 September with Michal Ajvaz @ 7.30pm in The Ballroom, Metropole Hotel, Cork.

Why did the festival name change? 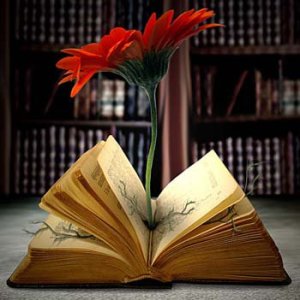 As soon as I tweeted the new name of the festival, a large number of people came back to me, asking why the festival name has changed. I think this is best explained in the words of Festival Director, Pat Cotter;

“In the early years of the festival great writers from all over the world read with    us including Richard Ford, Alasdair Gray, Ludmila Ulitskaya, the last of the Irish old guard such as James Plunkett and Hugh Leonard; and newer names such as Anne Enright and Claire Keegan. American academics delivered lectures on what made O’Connor great, Irish academics such as Declan Kiberd were provoked to re- examine him, archived filmed interviews were dusted off and seminars on subjects such as O’Connor and censorship were held. Gradually O’Connor’s reputation was revived and a new generation of young Irish academics chose to turn their attention to him. Also in these years we established the award in his name and discovered that we were an integral part of the international revival in the literary genre he was most famous for. Over the years as O’Connor’s reputation grew we emphasised more and more the contemporary writing aspect of the festival until we reached the point where O’Connor is now the subject of separate dedicated academic conferences and we can concentrate on delivering a festival of the best in contemporary practice in short fiction. Our festival’s new name reflects that reality.”

In short, the festival ethos remains the same; it still celebrates and rewards talented short story writers on a national and international scale. Personally, I can’t wait to be in the company of such talented writers in this extremely tricky and often overlooked genre.